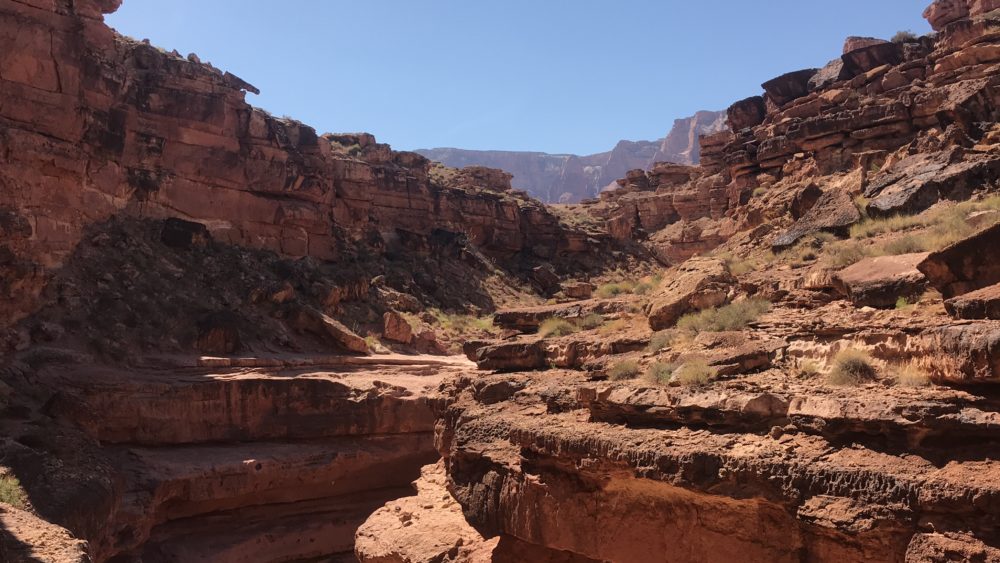 We needed to head up to Kanab to do some work on the house for our tenant. We hadn’t been there in months due to work and school schedules. Oh yeah, and our honeymoon. But it felt so good to be back in such glorious red rock splendor.

Mark and I had a rough week . We were cranky with each other and both on injured reserve. Me, from the crash and burn when I was skating – training for the North Shore Inline Marathon, and Mark, from doing some sort of damage to his foot playing on my company volleyball league.

Getting away always has a soothing effect and even more so when we get to somewhere as beautiful as Kanab. I mean, take a look at the view from our backyard:

We did what we needed to do (and by we I mean Mark) and then enjoyed some down time, sitting out back, visiting our favorite Mexican restaurant Escobars, and a new place Vermillion 45 which was also really good.

We decided we needed to get outside and hike at least a little. On Saturday we hit a trail that was okay. The Nautilus Trail is back on 89 heading towards Page from Kanab. It was relatively easy but I gave it three stars. There are so many competing places in the area that I would recommend first, like Toadstools or Wire Pass Trail.

Here are a couple of photos from that hike:

The Heat Is No Joke

On Sunday we decided to go to Marble Canyon and hike a trail we had seen the last time we were there, Cathedral Wash.

I’m not going to lie, I almost died. First things first, 106 is just too hot to go hiking, I don’t care if it is in a wash or not. So number 1, we probably shouldn’t have been out there to begin with, but we just hadn’t thought that through. The weather in Kanab had been so nice that it didn’t seem like it could be that much hotter just an hour or so away.

But, oh yes, it could. We figured we would just go as far as we felt like it and turn around and besides it was “only” a mile and half to the Colorado River where we could surely cool off.

I did think to bring the umbrella – which was actually quite helpful for me – not so much for Mark because he was too tall to squeeze in next to me.

One of the problemos with the trail is it isn’t marked very well and we had to make a few back tracks because we selected the wrong way and when you are walking along a precarious ledge with certain death beneath you, that is not a great way to find your way.

Here are the photos from our adventure:

Ultimately we made it to the Colorado River, cooled down and then hiked back out. The sun wasn’t as high in the sky but it was every bit as hot. Boy were we glad to see our car and get in that air conditioning! We both agreed it would be nice to go back when heat stroke wasn’t on the table, so I’m sure we will return in the winter to take a more leisurely approach. I also would like to go the other way to the Vermillion Cliffs which looked very pretty as well.

Overall, it was hard, but worth it, just don’t try this at home folks. The heat is no joke in the Arizona Summer! 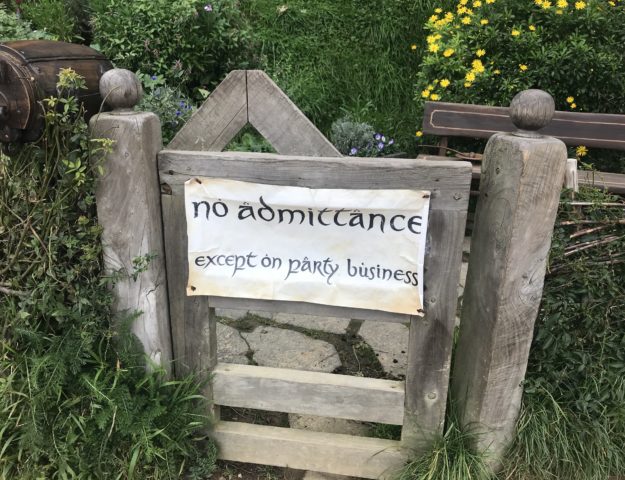 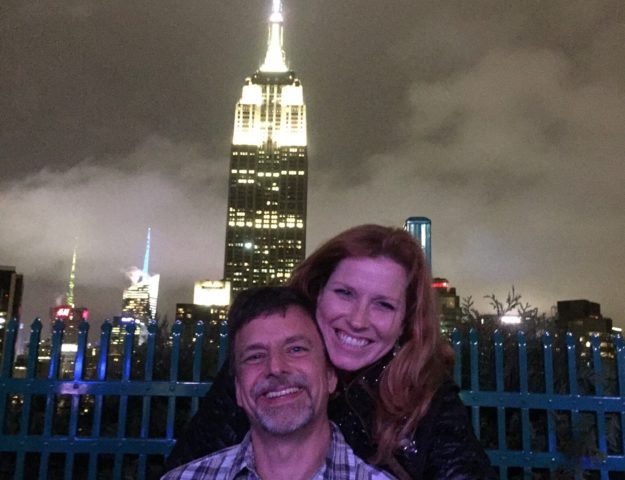 How to do New York City in one day 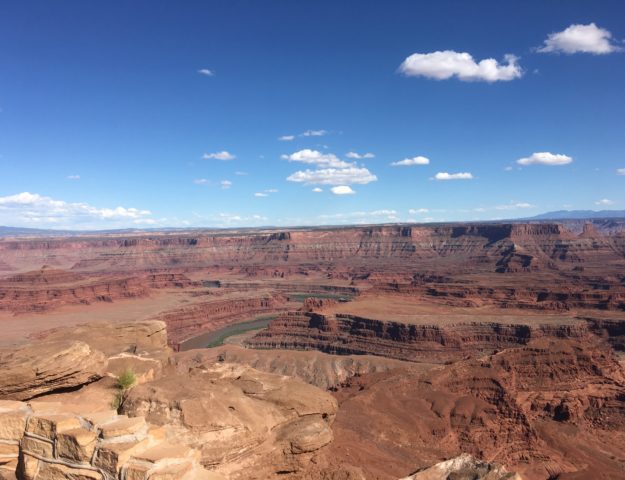 Canyonlands National Park in One Day 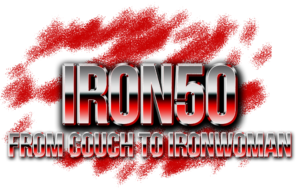